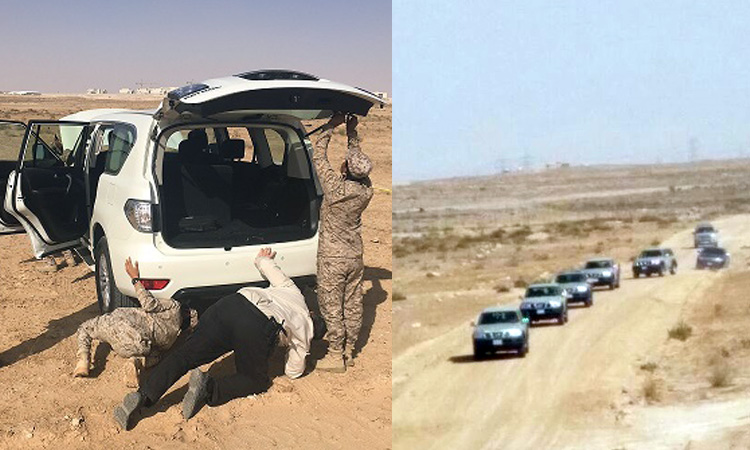 Riyadh – Twenty-nine Republic of Yemen Government (ROYG) Border Guards have just completed a rigorous two week training program in Riyadh, Saudi Arabia led by visiting security professionals from the United States and instructors from the Kingdom of Saudi Arabia (KSA).  The young guards were the first group of Yemeni Border Guards to benefit from American – sponsored training since 2015, when the war in Yemen began.

Attending the March 15 Graduation ceremony held  at the KSA’s Border Guard Institute in  Riyadh, U.S. Ambassador to Yemen Matthew Tueller met with RoYG and Saudi officials, as well as with several of the training instructors and participants.

As a result of this joint Yemeni-U.S.-Saudi initiative, Yemeni border guards are much better positioned to conduct check point operations, vehicle patrolling, advanced search and seizure techniques, and other methods to improve overall security on Yemen’s borders. The training marks a significant milestone in US Security Cooperation with Yemen as well as the ROYG’s efforts to re-establish a viable border protection force.    The three countries plan to partner on a follow-up program later this year to train additional Yemeni guards.