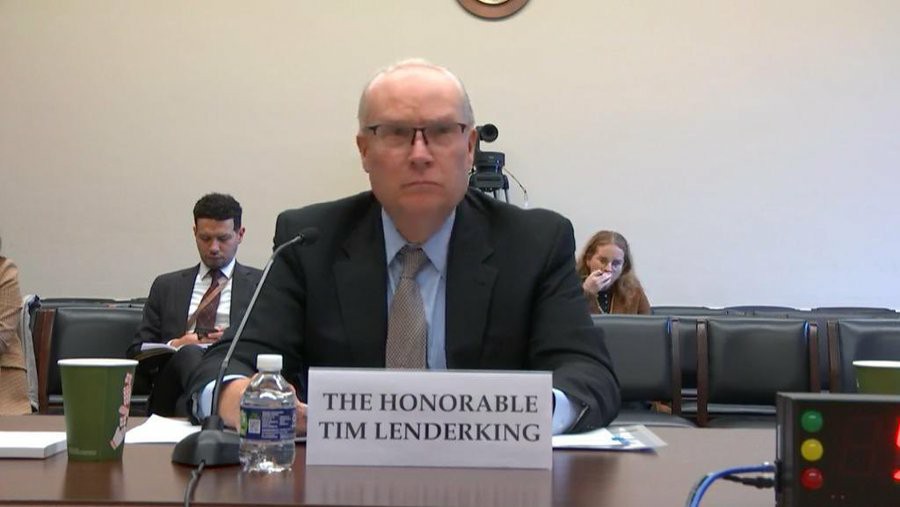 Chairman Cicilline, Ranking Member Wilson, Members of the Subcommittee, thank you for inviting us to discuss our efforts to advance a durable resolution to the conflict and mitigate the dire humanitarian crisis facing the country.

Yemen is currently experiencing the longest period of calm since the war began eight years ago. Not only has this calm brought tangible relief to millions of Yemenis, it has also created a unique opportunity for a peace process.  The situation remains fragile, however, particularly as we have witnessed Houthi backtracking on their commitments, introduction of maximalist demands, and – most concerningly – a series of recent attacks threatening international maritime shipping. The last-minute Houthi demand that the Yemeni Government divert its limited oil export revenues to pay the salaries of active Houthi combatants – even as the Houthis refused to commit to a ceasefire – prevented the UN from securing a new truce agreement between the parties in October.  The Houthis also continue to detain our staff and have not responded to multiple diplomatic efforts to secure their release.  These actions are an affront to the entire international community and are entirely unacceptable.

Despite this destabilizing Houthi behavior, I am hopeful that this is the best opportunity for peace that Yemen has had in years.  Key elements of the truce continue to hold, including the free flow of fuel into Hudaydah port, regular commercial flights to and from Sana’a airport, and a dramatic reduction in hostilities leading to continued reduced civilian casualties.  Furthermore, intensive negotiations between the parties on a broader truce agreement continue, supported by key regional partners like Saudi Arabia and Oman.  Most importantly, the truce and peace efforts more broadly enjoy strong support across Yemen and in the region.

We have seen Saudi Arabia take proactive steps over the past several months to secure the truce and ensure continued restraint since the agreement expired in October.   We must not, however, ignore the agency of the Yemeni parties themselves, and their critical role in securing a durable Yemeni-led resolution to the conflict.  After all, the only way to durably end the war and reverse the humanitarian crisis is through a Yemeni-Yemeni political process.

We must remember that the roots of the ongoing war stem from the disruption of Yemen’s peaceful transition process in 2014. The tensions and challenges that process sought to resolve have only continued to fester over eight years of war and can ultimately only be addressed by Yemenis themselves. Over this period, Yemeni institutions have been pushed to the brink of collapse, and it is this more than anything else that is driving the humanitarian crisis: fractured central banks are driving economic instability across the country, the healthcare system is crippled and unable to stem the rampant spread of preventable diseases.  Only a comprehensive, Yemeni led political process can begin to stitch these institutions back together. Absent such a process, the fighting will continue, and Yemen’s humanitarian crisis will only deepen.

We are in a critical moment: We must preserve the positive momentum and gains made since April.  This includes condemning recent Houthi attacks and increasing our calls for a Yemeni-led, inclusive political process.  Strong international consensus – including among the P5 – is an asset in this regard.  Likewise, the voice of this Committee is essential.  The Houthis are listening to what you say, as well.  It is vital to the Houthi propaganda strategy that they be seen as the victim.  In the face of overwhelming Yemeni demands for an end to the war, the Houthis cannot afford the truth to be known – that they are walking away from peace.  It is the international community’ responsibility to hold them accountable and state the facts.

The United States alone cannot end the war in Yemen – only the Yemeni parties can do that – and we must be clear-eyed about the complex dynamics of the crisis.  However, we play a critical role in Yemen peace efforts.  Our sustained, intensive engagement and the priority this Administration has placed on resolving the conflict have helped mobilize an unprecedented international and regional consensus around UN-led peace efforts.  As I noted before, Saudi Arabia, notably, is taking more proactive steps than ever before to support efforts to end the war, and we have also seen Oman stepping in to play a critical mediation role.  We routinely consult with the Yemeni government to identify opportunities for compromise as they continue to demonstrate their support for peace efforts in the face of Houthi intransigence.  Our support for the government of Yemen is essential to creating the conditions for a negotiated settlement to the conflict.

As Assistant to the Administrator Charles will tell you, the Administration’s efforts in Yemen must include continued U.S. leadership in delivering both life-saving humanitarian assistance and development assistance that can help prevent the collapse of Yemen’s institutions, mitigate economic instability, lay the foundation for Yemen’s recovery, and address Yemenis’ calls for justice and accountability.

I’d like to conclude by speaking about the Safer oil tanker, an issue that concerns us all. I want to thank Congress for, earlier this year, authorizing $10 million for a UN project to prevent an oil spill from the Safer – a dilapidated tanker off the coast of Yemen carrying 1.14 million barrels of oil.  To put that in context, it’s four times what spilled from the Exxon Valdez in 1989.  As you know, the Safer has not had proper maintenance since 2015, and each day that passes, the risk of a catastrophic spill increases.  Such a spill would cost at least $20 billion in cleanup costs alone, not to mention the disruption to economic activity across the region – including critical global oil shipping lanes – and dire environmental and humanitarian consequences across the Red Sea and Yemen.

The United States leveraged our $10 million contribution and extensive engagement with regional and international partners, private sector actors, and advocacy groups to help the UN mobilize more than $80 million in additional funding – enough for an emergency project to offload the oil from the Safer and prevent a spill, saving billions and averting catastrophe.  We remain engaged on this issue to ensure timely implementation of the operation and encourage additional funding for a follow-on operation.

The Safer is a powerful example of how the United States can leverage its assistance and leadership to have an outsized impact – an example I believe we are also seeing in our efforts to help resolve the Yemen conflict and mitigate the country’s humanitarian crisis. The United States will continue to build on this progress and leverage our diplomatic strength and assistance to advance a durable resolution to the conflict.  Thank you for your support, and I look forward to working with Congress and answering your questions.