Home الصفحة الرئيسية | News & Events | Statement on behalf of the Kingdom of Saudi Arabia, the United Arab Emirates, the United Kingdom and the United States 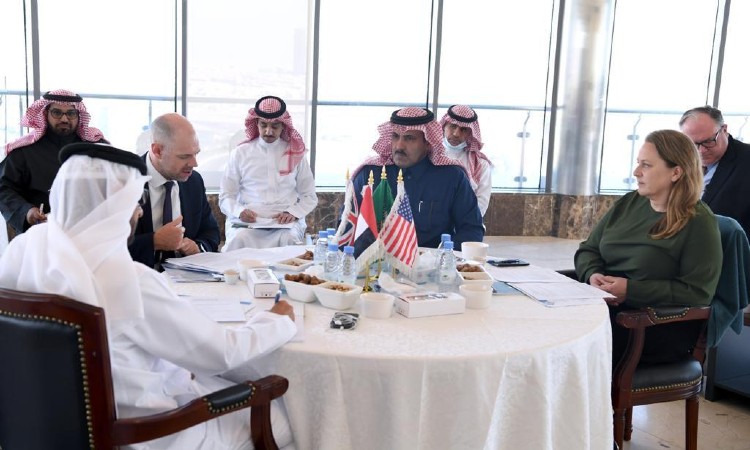 The Ambassadors to Yemen from the Kingdom of Saudi Arabia, the United Arab Emirates, and the United Kingdom, and the Chargé d’Affaires of the United States met on 14 December 2021. They expressed concern about the grave humanitarian situation facing Yemen’s people, noting this is closely linked to the continued military escalation and the Houthis’ rejection of the ceasefire as well as the country’s economic plight. They underlined that efforts to address economic stability are fundamental to reducing humanitarian need.

In this regard, the Quad welcomed the appointment of the Governor and Deputy Governor of the Central Bank of Yemen, and additional members for the Board of Directors as well as the tasking of the Central Organization for Control and Audit (COCA) to review and evaluate the performance of the Central Bank since it was moved to the temporary capital Aden. Given the importance of economy to the situation in Yemen, the Quad agreed that strong leadership of Yemen’s Central Bank and financial institutions was critical. In this regard, it was agreed that the appointment of these qualified individuals was a positive step forward. The Quad also welcomed the successful introduction of a new auction process for foreign exchange.

The Quad underlined their willingness to continue working closely with Yemen’s Prime Minister, his Government, and the new Central Bank Governor and team, in support of measures to further stabilize Yemen’s economy. This included a commitment to continue the provision of technical assistance, as well as to examine options to increase Yemen’s access to hard currency and facilitate trade. The Quad called on the Government to continue advancing its reform agenda, underlining the importance of transparency and accountability in the use of domestic revenues and the management of external finance. The Quad welcomed the significant contribution of the Kingdom of Saudi Arabia to supporting Yemen’s economy, in particular through its fuel grant.

The Quad noted recent efforts to reinvigorate the implementation of the Riyadh Agreement and highlighted the contributions of the Kingdom of Saudi Arabia and the United Arab Emirates to this agenda. The Quad emphasized the need for all political actors to work together in support of the legitimate Government of Yemen and the Prime Minister’s plan for recovery and reform.

The Quad expressed deep concern about the continued Houthi assault on Marib, and stressed the need for an immediate ceasefire, especially given the large numbers of Yemenis displaced as a result of the fighting. The Quad also condemned Houthi cross-border attacks on Saudi Arabia, and their targeting of civilians and economic infrastructure. Finally, the Quad nations underlined their commitment to a comprehensive political solution for the conflict in Yemen and expressed full support for the UN Special Envoy, Mr Hans Grundberg.