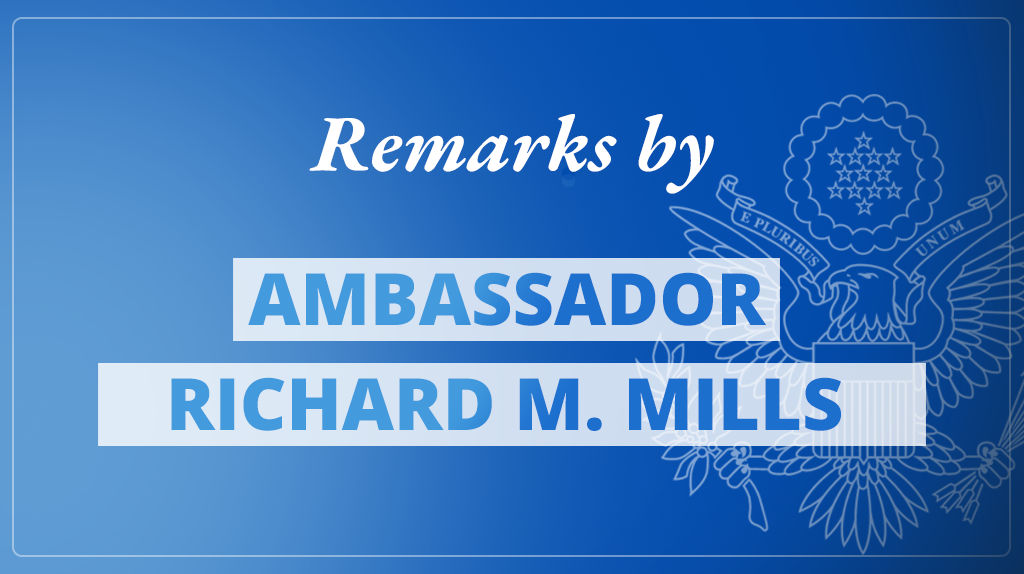 Thank you, Special Envoy Grundberg and Under-Secretary-General Griffiths for your briefings and your continued efforts to lay the foundation for a comprehensive peace process that will improve the lives of the Yemeni people.

While the United States remains concerned about the situation in Yemen, it is important to take stock of the progress that has been made. A year ago, fighting was raging inside of Yemen and Houthi attacks were threatening civilians in the UAE and Saudi Arabia. Today, a period of relative calm prevails, civilian casualties have decreased dramatically, and key elements of the truce continue.

While we are concerned about the lapse of the truce agreement, the United States remains hopeful that the parties can reach a new, expanded agreement that paves the way to an inclusive, durable peace. To do so, the Houthis must urgently change course and choose negotiations over attacks on Yemen’s economic infrastructure.

We are seeing significant repercussions from the repeated Houthi terrorist attacks on Yemeni ports and international shipping. These attacks threaten to plunge Yemen back into conflict, deprive Yemenis of desperately needed resources, and worsen the humanitarian crisis.

The Houthi attacks have placed extraordinary pressure on Yemen’s economy and they’ve derailed hard won government progress on balancing its budget. The attacks are driving up the cost of shipping to and from Yemen, raising the prices of goods for families already struggling to get by.

The attacks stand in stark contrast to Houthi statements that Yemen’s resources should benefit its people. Rather, Houthi strikes have deprived Yemen of the tens of millions of dollars of hard currency it needs every month to import food and fuel to feed the population and transport essential goods. These attacks, and the harm they are causing Yemeni people, must stop.

The United States hopes the international community will continue to take a strong stance against Houthi terrorist attacks on Yemen’s economic infrastructure, especially at this critical moment.

Despite the ongoing period of calm, Iran continues to send a steady flow of weapons to the Houthis. Just 10 days ago, the United States intercepted a dhow carrying thousands of AK-47s from Iran to the Houthis – the third interdiction in recent months. Such lethal, external interference can only fuel war and suffering in Yemen at a time when Yemenis are calling for the Houthis to negotiate to end the war.

The best way for the Houthis to achieve their stated goals of paying public sector salaries, harnessing Yemen’s resource to benefit its people, and improving the humanitarian situation, is for them to sit with the Republic of Yemen Government, under UN auspices, and reach a political agreement. Only Yemeni-Yemeni talks can address the fundamental question of how Yemen’s resources are used. And only a Yemeni-Yemeni political agreement can reverse Yemen’s dire humanitarian crisis.

We welcome the restraint of the Republic of Yemen Government and its continued commitment to peace. The Government’s ongoing support for elements of the truce, including the facilitation of fuel imports and continued commercial flights from Sana’a, demonstrates the government’s efforts to ease the suffering of Yemenis.

We also commend its establishment of a political negotiating team – which is a clear signal that the Government is prepared to resolve this conflict – and hope this team can intensify its engagements with the UN Special Envoy.

On the humanitarian front, the United States remains concerned by reports of significant access constraints on the aid operation, as we just heard. We support UN efforts to address these challenges and we urge the parties, particularly the Houthis, to enable the provision of aid in line with humanitarian principles. We also call for the immediate and unconditional release of all detained UN and U.S. local staff, many of whom have been detained for over a year and deserve to be reunited with their families.

We remain concerned by alleged abuses against migrants on the border with Saudi Arabia. We urge all parties to allow UN investigators to access both sides of the border to thoroughly investigate these allegations.

Finally, the United States notes the important work being undertaken to address the critical situation posed by the Safer oil tanker. Donors have come together to avert ecological and economic disaster. We urge, as others have done, the UN to take a forward-leaning approach and consider the creative options available in implementing this project. The longer we wait, the greater the risk of a catastrophic oil spill. We remain committed to helping address the situation and we underline our expectation that the UN expedite implementation of the project.

In conclusion, Mr. President, 2023 provides a unique opportunity for peace. The United States and the international community stand ready to support a peace and recovery process. However, it is Yemenis themselves who must choose peace. We call on the Houthis to engage in good faith, seize this unique moment of relative calm, and choose peace and a brighter future over more war and more suffering.