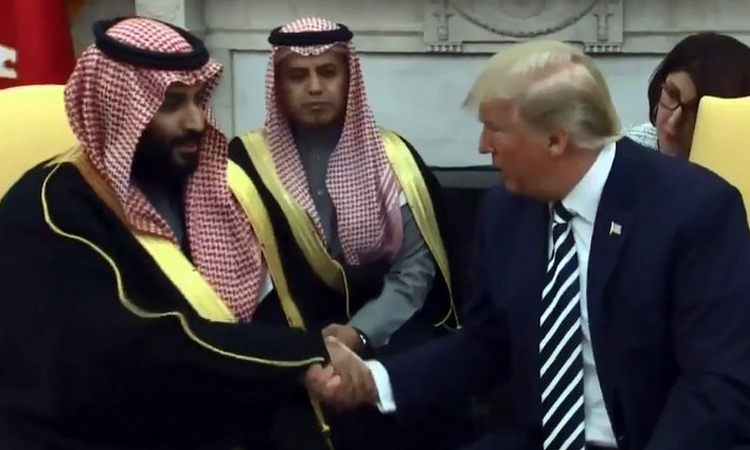 President Donald J. Trump met yesterday with Crown Prince Mohammed bin Salman of Saudi Arabia.  President Trump and the Crown Prince reviewed progress in strengthening the American-Saudi bilateral relationship since their last meeting.  The leaders discussed joint efforts to finalize new commercial deals that would support more than 120,000 American jobs and contribute to the success of Saudi Arabia’s economic reform agenda.  The Crown Prince thanked the President for American leadership in defeating ISIS and countering Iran’s destructive actions across the Middle East.  On Yemen, the President and the Crown Prince discussed the threat the Houthis pose to the region, assisted by the Iranian Islamic Revolutionary Guards Corps.  The leaders discussed additional steps to address the humanitarian situation and agreed that a political resolution to the conflict is ultimately necessary to meet the needs of the Yemeni people.  The President said he looks forward to the visit of King Salman bin Abdulaziz Al Saud to the United States later this year.