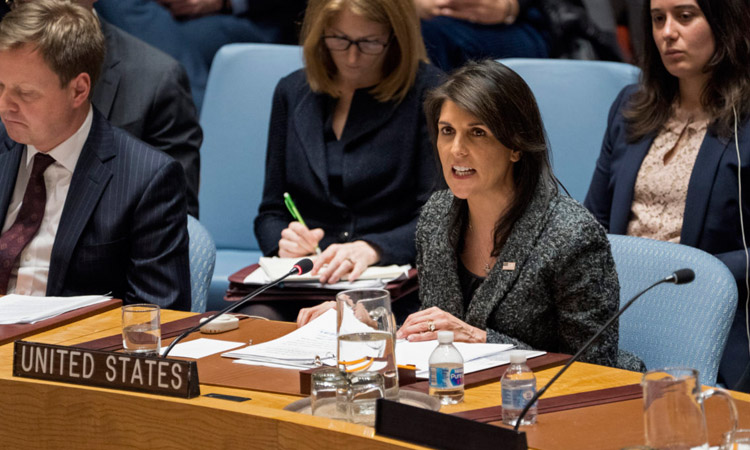 Today, in spite of the overwhelming evidence provided by the UN’s independent Yemen Panel of Experts on Iran’s violations of the arms embargo in Yemen, the Security Council failed to adopt a resolution that would have called out Iran for its actions. The Panel of Experts’ final report outlined Iran’s failure to prevent the transfer of Iranian arms and related material, including ballistic missiles, military equipment, and unmanned aerial vehicle technology, to Houthi militias in Yemen.

“Russia has repeatedly stopped the Security Council from acting against the barbaric Assad regime in Syria. Today, Russia protected the terrorist-sponsoring regime in Iran. In spite of a mountain of credible, independent evidence showing Iran violated the Yemen arms embargo, resulting in a series of attacks on civilian targets, Russia prevented accountability and endangered the entire region. Eleven of 15 Security Council members were united in holding Iran accountable. We thank them for their strong commitment to address Iran’s threat to regional security. If Russia is going to use its veto to block action against Iran’s dangerous and destabilizing conduct, then the United States and our partners will need to take actions against Iran that the Russians cannot block,” said Ambassador Haley.‎