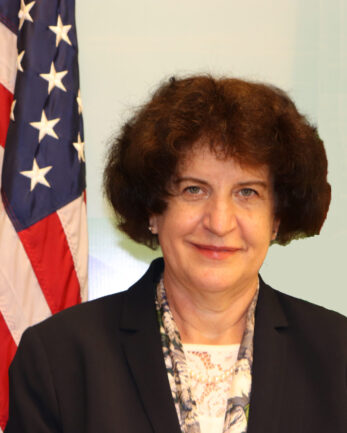 Inger Tangborn assumed the position of Deputy Chief of Mission to Yemen on August 25, 2022. Her most recent assignment was as Deputy Chief of Mission with the U.S. Embassy in Nouakchott, Mauritania, following a tour with the State Department’s Office of the Inspector General. Earlier, she served as the Deputy Consular Chief in Shanghai, China.  Her other assignments, including two as a reporting officer on Iranian affairs in Ashgabat and Erbil, have been in Amman, Baku, Tunis, Jerusalem and also in Cairo, where she was responsible for consular operations in the Sudan. Ms. Tangborn is from Seattle, Washington, and holds a B.A. in French language and literature from the University of Washington and a Juris Doctor from the University of Minnesota and completed further studies in Paris at the Institut d’Etudes Politiques. Before entering the Foreign Service in 1997, Ms. Tangborn was a legal services attorney with the International Institute in Boston, Massachusetts, specialized in refugee and asylum law. She has also served overseas with the United Nations refugee agency, including in Tanzania during the Rwandan refugee operation. Fluent in French and Arabic, she is also proficient in Persian, Russian, Spanish and Chinese. She and her husband have a son and a daughter.