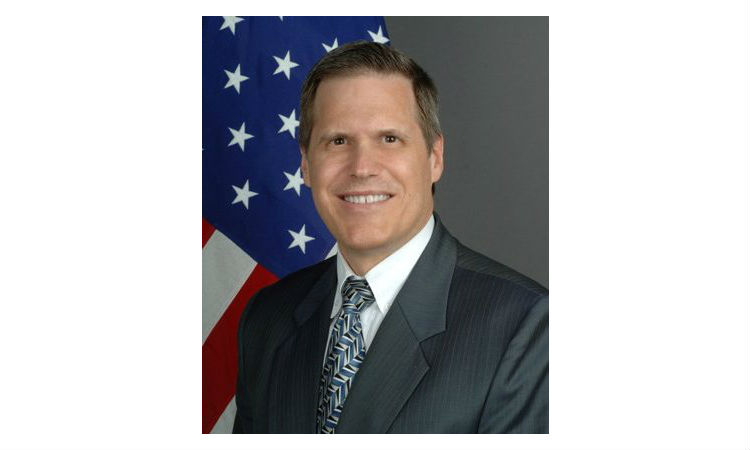 The United States is defending Saudi Arabia’s role in Yemen. Defense Secretary James Mattis called the Saudis part of the solution in a brutal civil war. And Mattis vowed, we are going to end this war on positive terms for the people of Yemen. Mattis said all this as he met in Washington with Saudi Arabia’s crown prince, who’s been visiting the United States. As we’ve been reporting, the Saudis face criticism for civilian casualties and hunger in Yemen. They’re backing one side in the civil war with airstrikes and artillery and cash, opposing rebels who are allegedly backed by Iran. We called the United States ambassador to Yemen, Matthew Tueller, who says it is right for the U.S. to support the Saudi-led coalition.

MATTHEW TUELLER: We – as the United States, we care deeply about the humanitarian crisis. We want to seek to mitigate that. We also have a long-standing commitment to uphold the security of Saudi Arabia. And it’s important that we demonstrate that when we make commitments to friends, we abide by them.

INSKEEP: But based on what you said, are the United States’ forces supporting a strategy that is well-intentioned in U.S. interests but being executed in a way that actually harms U.S. interests?

TUELLER: I think we have had a very positive impact on the Saudis, and I see that growing now as more and more they’re taking some of our advice with some of the actions that they’ve taken with a recent massive effort to meet the appeal of the U.N. for funding for the U.N. programs inside the country. We have seen from the beginning of this conflict that, from our point of view, the collateral damage and the civilian casualties caused by many of the Saudi airstrikes were simply unacceptable. We’ve worked very closely with the Saudis to put in place methodologies for reviewing selection of targets. We’ve provided training to the Saudis in law of armed conflict, how to conduct operations in a way to make absolutely certain that you’re taking all necessary measures to avoid any collateral damage. We have learned an awful lot about this, and we see now that the Saudis are starting to slowly adopt some of the measures that we have suggested.

INSKEEP: Some people will know that the United States has agreed on further weapons deals with Saudi Arabia, and the U.S. is a major arms supplier. Should those, in any way, be conditioned on the way that Saudi Arabia uses those weapons?

TUELLER: Part of any security relationship is actually building up the capacity of our partner to defend themselves. And that means that we provide them with security assistance – the ability to have access to U.S. weapon systems. Along with that goes our ability then also to provide the training, to be able to put in place the types of systems that we believe are necessary for a professional military. If we don’t provide those weapons and don’t have that security relationship, countries will turn to other countries in the world in order to provide not just the actual physical weapons but also the types of training and relationships. We think it’s extremely important that we have this relationship with Saudi Arabia.

INSKEEP: When Saudi Arabia uses U.S. weapons and makes a mistake on the ground, is the United States in some way responsible for those mistakes?

TUELLER: There is, of course, a moral responsibility that we take on for the type of country we are, and I think we feel that moral responsibility. And so we do our best to ensure that weapons that we sell are used in accordance with how we would want them to be used. But I would say, yes, we do have a responsibility when we sell weapons to make sure that they’re used consistent with U.S. values and U.S. interests.

INSKEEP: Are you doing everything you can to uphold that moral responsibility?

TUELLER: Personally, I am. And I feel that colleagues throughout the U.S. government – and I meet regularly with senior military officers, and I constantly see them reflecting U.S. values and what they do and what they convey in their relationships with their counterparts.

INSKEEP: He is the United States ambassador to Yemen.