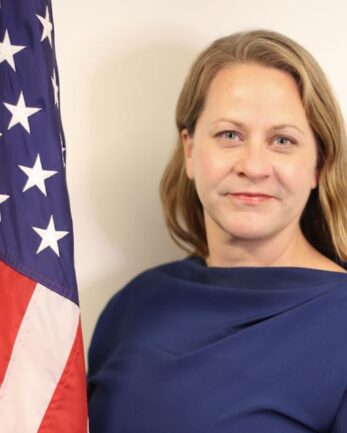 Deputy Chief of Mission Cathy Westley served as Charge d’Affaires at the U.S. Embassy to Yemen for more than a year in 2022-2022. She served in Sana’a in the Political/Economic Affairs Section from 2002 to 2004. Her other overseas tours include Ankara, Baghdad, and Cairo, as well as Arabic language study in Muscat. Her Washington assignments include Deputy Office Director for Syria, Special Assistant to the Under Secretary for Political Affairs, Deputy Office Director for Nordic/Baltic Affairs, and Croatia Desk Officer. Prior to joining the U.S. Department of State, DCM Westley worked for a democratic development NGO. She recently graduated with distinction from the U.S. Naval War College in Newport, RI. She hails originally from the Chicago area.